The launch of the space shuttle Atlantis on mission STS-132 as viewed from the Mosquito Lagoon in the Merritt Island National Wildlife Refuge. The photos are taken from just north of the Haulover Canal, which is the closest the public is allowed in the lagoon during shuttle launches. A crowd of motorboaters and kayakers lined up across the lagoon to watch the launch. Virginia and I paddled our canoe against both the wind and tide from the boat ramp to get in position, and were rewarded with a spectacular launch. At the time of this launch, it was thought that this would be the last mission for the shuttle Atlantis. 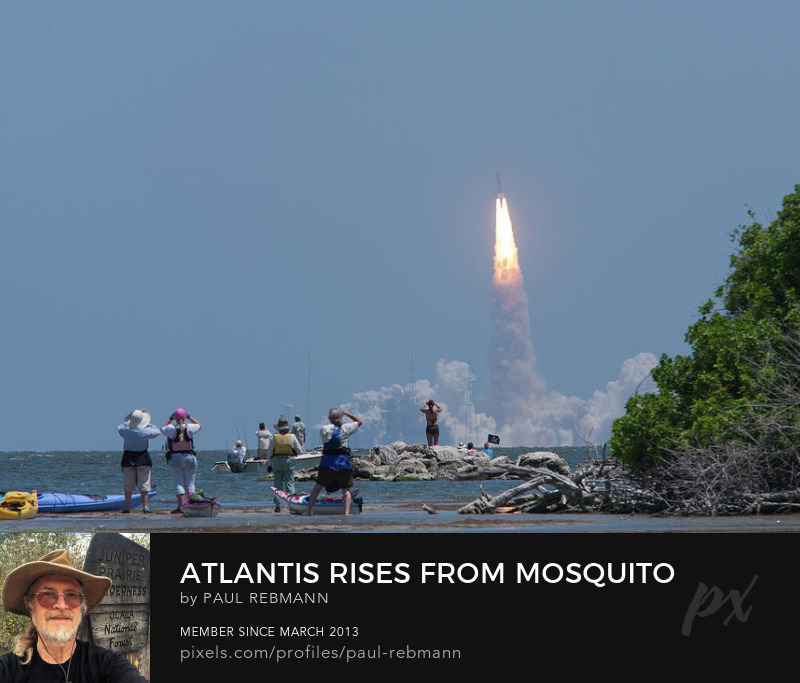