Spotted sandpipers can be seen near most kinds of freshwater - including rivers and streams - and in coastal areas of the state for much of the year. The most widespread sandpiper in North America, they arrive in Florida in mid-July and may stay in the sunshine state as late as May before migrating to their breeding areas to the north.
This medium-sized shorebird often bob their tails up and down, both while walking and standing. This behavior and the small dark spots on the white breast from April through August help identify this sandpiper. They have pale fleshy legs and a bill about the length of the head that varies from non-breeding pale yellow to breeding orange. In addition to the orange bill and spotted breast, breeding plumage shows a dark brown back with darker bars and a more distinctive eye-stripe. The back is a more solid appearing light brown in winter and the breast is a spotless solid white.
Unlike many other birds, female spotted sandpipers are territorial, arriving on the breeding grounds before the males. The females will often mate with multiple males, laying several clutches of eggs, with the eggs of each nest cared for by one of the male sandpipers.
Spotted sandpipers eat mostly small invertebrates - both the adults and aquatic larvae - and also small fish. 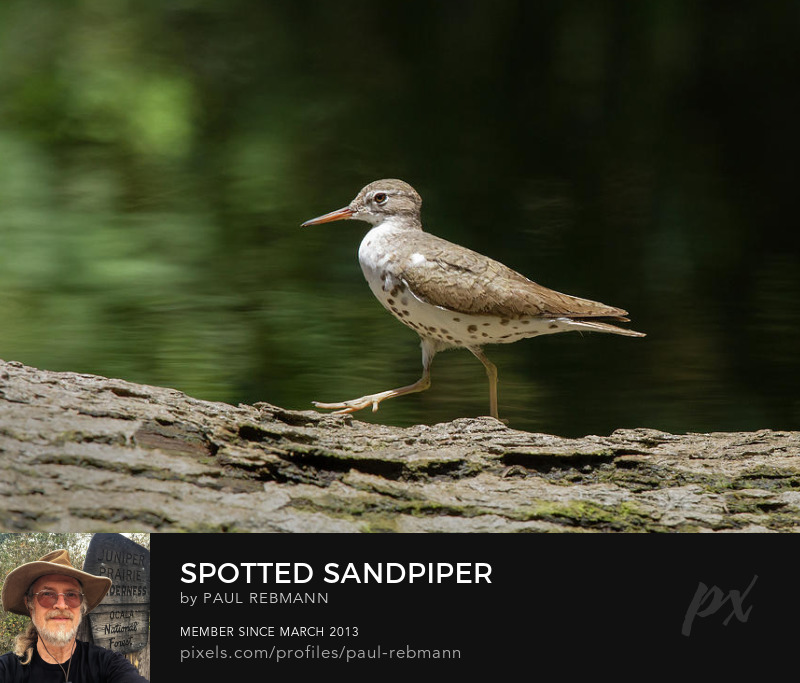 Actitis macularius is a member of the Scolopacidae - Sandpipers, Snipes, and relatives family.

For more information on this species, visit the following link:
Cornell Lab of Ornithology All About Birds page for this species