Eastern phoebes winter in Florida and much of the southeastern United States and eastern Mexico. The breeding range in the summer extends from the Yukon Territory and British Columbia into southeast Canada, and much of the eastern United States except for the southernmost areas.
Brownish-gray above, with head, wings and tail darker, and mostly white underneath with a pale olive wash on sides and breast. Weak wing bars and black beak. Juvenile birds from summer to fall have a yellow wash below.
They are found in woodlands and forest edges, often near water and have a habit of pumping and spreading their tail. Nests are made of mud with moss and small leaves and located under cliffs, bridges or the eves of buildings. 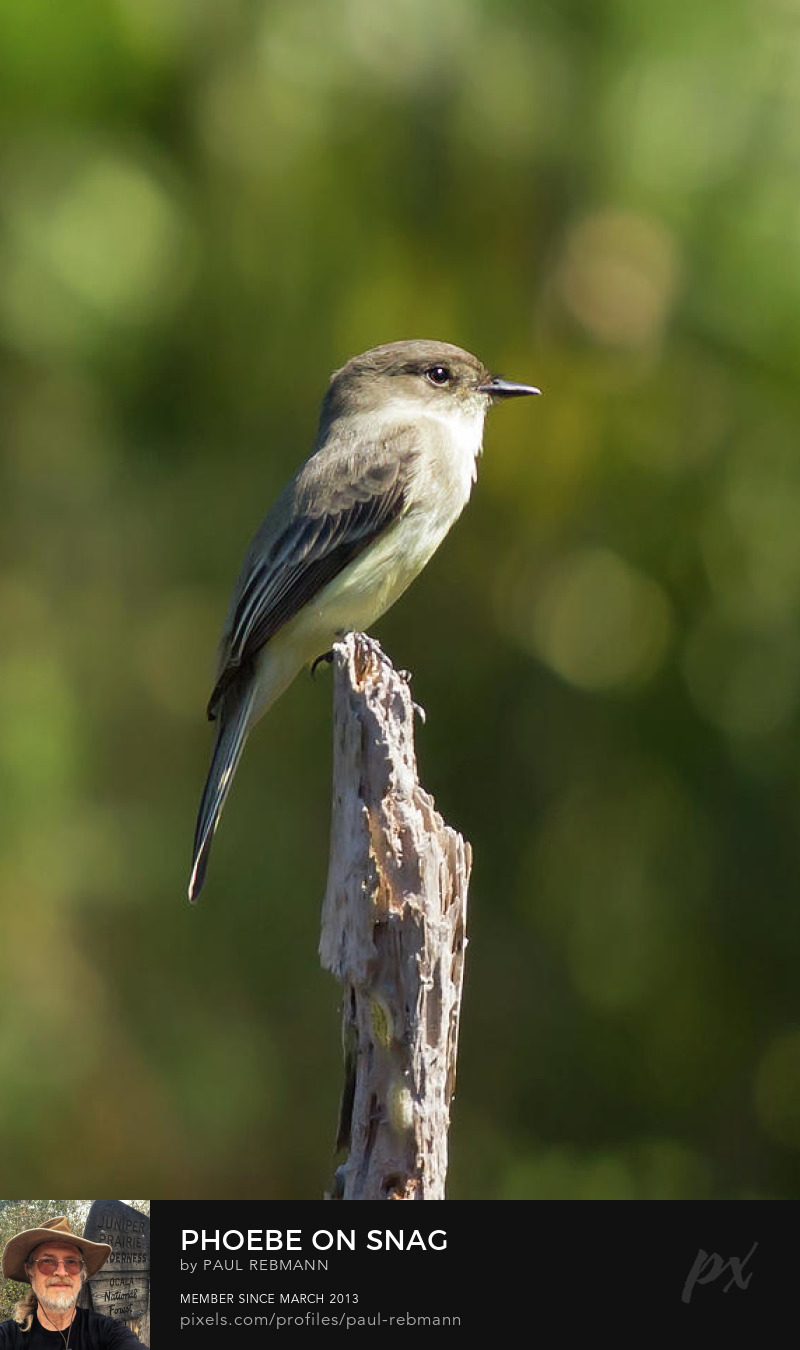 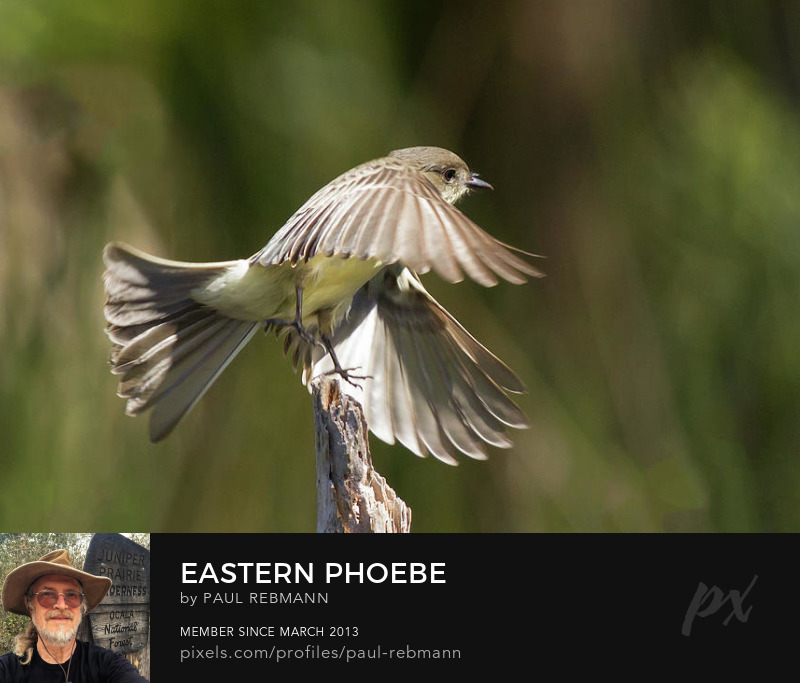 Sayornis phoebe is a member of the Tyrannidae - Tyrant Flycatchers family.

For more information on this species, visit the following link:
Cornell Lab of Ornithology All About Birds